Cortanis is the name of a fictional planet in a fictional video game game in an upcoming novel I’m working on. The planet is the center of the game universe, and all exploration fans out from there. Most of the players starting out in this game spend most of their time on planet Cortanis.

Cortanis’ sun, Aten, sends out mysterious pulses every so often through the game universe. These pulses affect the players temporarily, giving them more advanced abilities for a limited duration of time. These pulses are knows as the Tides. As such, the game is called Tides of Cortanis.

That’s the game’s logo. The typography of it may change before publication, but that’s how it looks now.

Often, players refer to the game as ToC, or just Cortanis.

Meanwhile in the real world, I refer to the trilogy of books I’m working on as the Cortanis Trilogy, or simply Cortanis. The trilogy will consist of Ghosts of Cortanis, Demons of Cortanis, and finally Soldier of Cortanis.

Where does the word “Cortanis” come from… well, it was inspired by the character Cortana, from the Halo game series by Bungie. 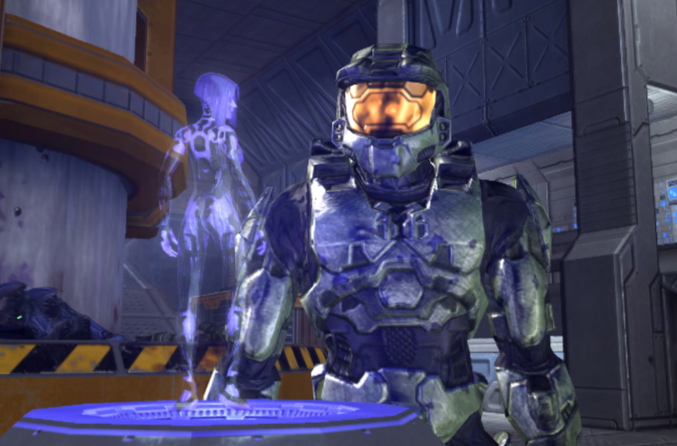 She’s on the left.

I like the word because it evokes the word “cortex”, which makes me think of a centralized intelligence (like the various cortexes of the brain). I “planetized” Cortana’s name, taking inspiration from Stanislaw Lem’s Solaris. The amalgamated name kind of appeared in my head as I was driving one day… I remember coming up my street as I was pondering the broad strokes of this video game, and I liked it immediately, so I went with it. –cjw