At my monthly (aspiring) novelists’ meeting, we were testing this Web site on various mobile platforms (Blackberry, iOS and Android) and the subject came up of the graphic icon in the Cortanis logo. I mentioned that the icon represents the Cortanis game world: the three tiers. No one in the group had seen this map yet, I suppose because I never got around to adding it to any of the selections I’d shared with them to workshop.

So here is the Three Tiers map I made for Ghosts of Cortanis, showing the full extent of the explorable game universe. 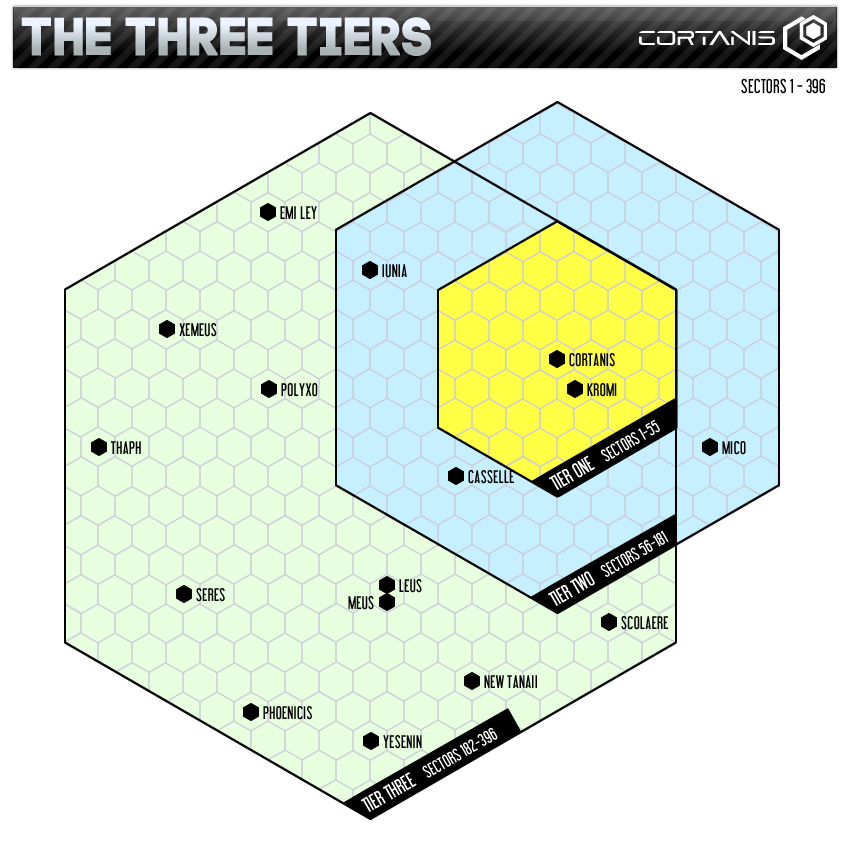 Players start out on the planet Cortanis, which is at the center of the first tier. Once players have leveled up enough, they can push into tier 2 and then later, the outer worlds of tier 3.

This map may undergo some revision before publication, because I haven’t decided what to do with planet Kromi. I may have it share the same sector as Cortanis (like Leus & Meus) since it also orbits Cortanis’ sun Aten. But for the time being, this is the most current map. –cjw