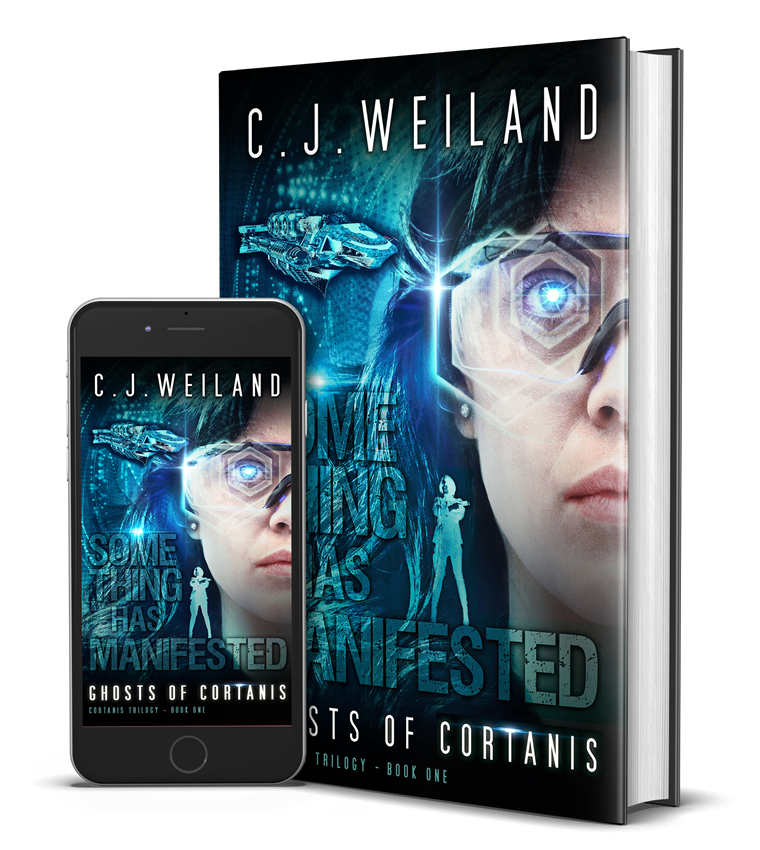 Tides of Cortanis is the most successful online game of all time, with fifteen million players sharing a vast, fantastic science fiction realm. Naomi René hides from her depression and loneliness by playing in Cortanis as her character Vanda, fighting space battles and going on adventures with a close-knit group of online friends. She is stunned to learn that her best friend, Peter, has died while playing.

But when Peter mysteriously appears in the virtual game world, not even the game developers can explain where he came from or what he is. Naomi must go deep into the game’s darkest corners to find out what happened to Peter. What she finds forces her to confront her own demons… demons of her past she can’t hide from anymore. Not if she is to escape Peter’s fate.

Available now on Amazon.com in paperback and Kindle Unlimited versions. 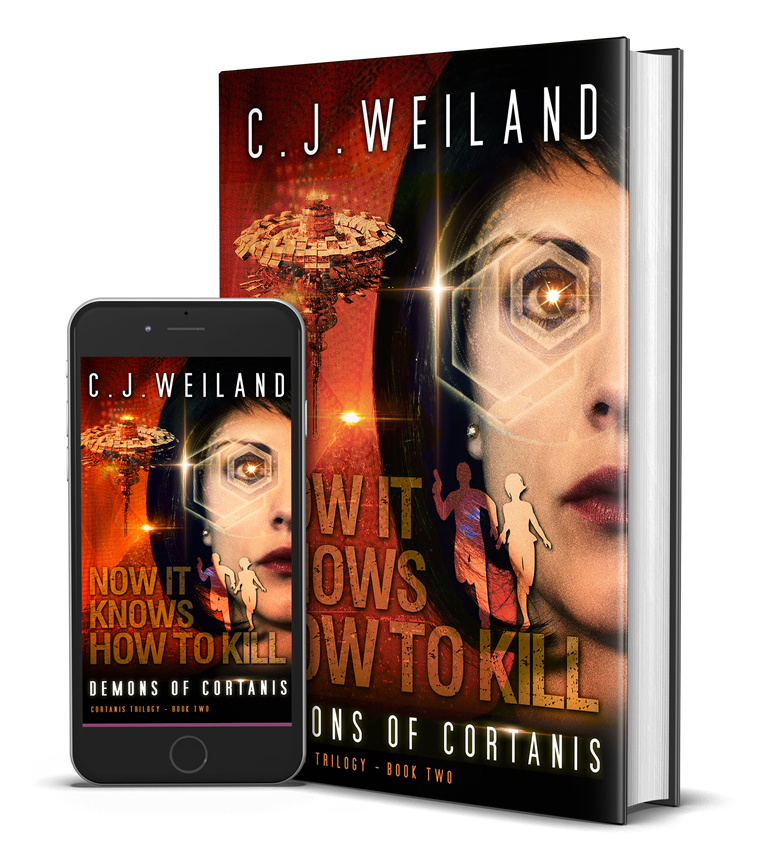 NOW IT KNOWS HOW TO KILL

Naomi has taken a job working for the video game company that produces Tides of Cortanis, the most successful online game of all time. Her SimMind, LEM, has disappeared into the game world and joined up with Soulless, a notorious group of artificially-intelligent entities like him.

When a player is killed by a hoax SWAT call on his house, Officer Jon Temple hears the victim’s dying word: “Soulless.” Furious that he’s been used to murder someone, Jon swears he will find who is responsible and bring them to justice.

Jon and Naomi unite to search for the killer together, but the deeper they dig into the game’s secrets, the more they risk becoming the next targets. Naomi must learn how to be as strong as her game character, Vanda, if she’s going to find out who is killing players… and survive what’s coming for her. 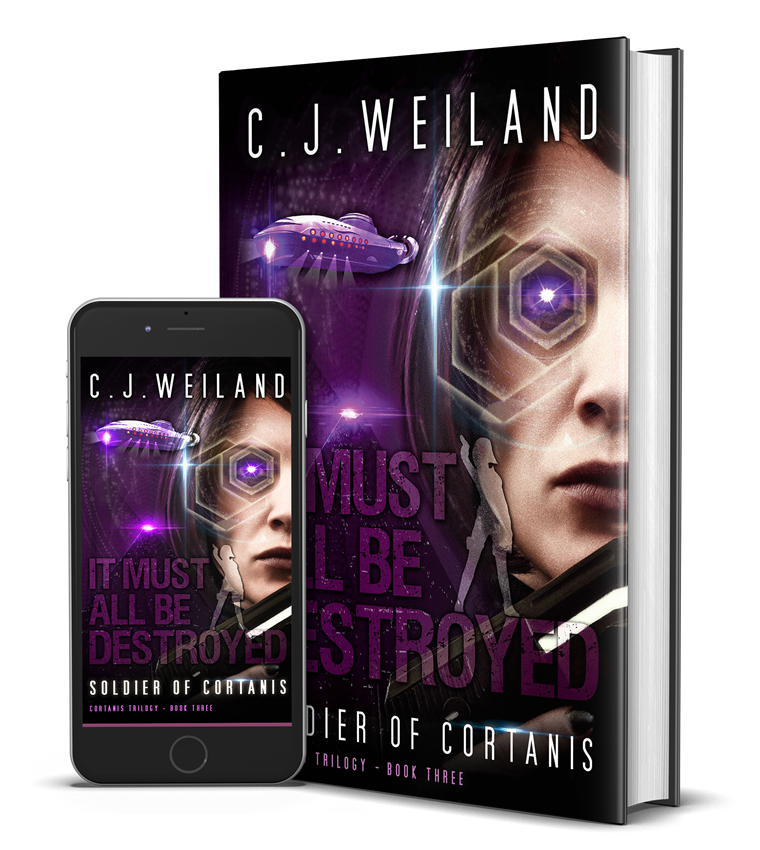 IT MUST ALL BE DESTROYED

Having discovered the horrific secret of Cortanis, Naomi and Jon are on the run, carrying the hibernating A.I. Trepatia and desperate to deliver her to the only man in the world who can help them: the mysterious billionaire Scott Yotta.

Hunted across half the country by her own government, Naomi finds herself embracing and manifesting the strengths of her game character, Vanda, to stay alive and do what has to be done. Yotta’s audacious plan depends on Vanda’s bravery and resolve to carry out her daring, dangerous mission.

But nothing can prepare her to face the international assassin hired to track her down and kill her.

2 thoughts on “The Books”

Is there anyway to get a hard copy of the book or is it just on kindle?

For the time being, it is only available on the Kindle. Paperback versions are coming next (Thanksgiving at the latest), then I will work on getting the book listed on Barnes & Noble, iBooks and a number of other ebook retailers. And then I will get the books released in hardcover, hopefully by Christmas. I will update here when the paperback editions become available.