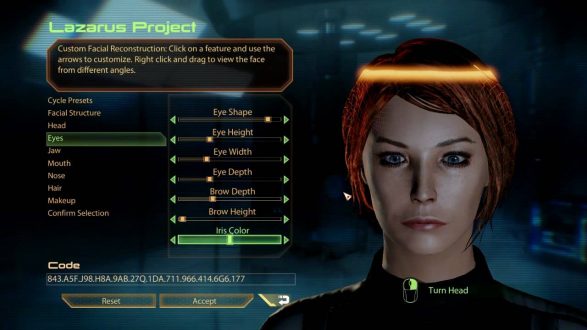 Your avatar may be the window to your psyche.

Psychologists are discovering that the digital identities we create for play online, known as avatars, reveal more aspects of our personalities than we may intend to disclose and can change how we behave in the real world.

As digital experiments in identity, our personal avatars mingle real and virtual worlds in ways that scientists are only beginning to analyze. While data is scarce, emerging technology such as 3-D virtual reality goggles and more immersive computerized experiences promise to make avatars more common. Scientists and psychologists are finding new uses for avatars, including role-playing for corporate diversity training, for business conferences and for teaching.

“When you see another avatar, you get the same psychological response as you would when you see a real person face-to-face,” said Jeremy Bailenson, director of the Virtual Human Interaction Laboratory at Stanford University. They can trigger genuine emotions and reactions, even when involving us in situations or experiences beyond normal human capacities. “There is good reason to believe that our avatars change how we interact with others.”

Some two billion people world-wide have registered to play in virtual fantasy worlds, such as Habbo Hotel, World of Warcraft, Second Life, Stardoll, and MapleStory during the past decade or so, according to the consulting company KZero Worldwide, which tracks social gaming and virtual reality companies.

In World of Warcraft, a role-playing game with about eight million subscribers last year operated by Blizzard Entertainment Inc., players so far have created about 500 million customized characters.

At its simplest, an avatar offers a way to alter physical appearance for online play. Depending on the game and its role-playing options, people can transform into fantastical creatures such as a demon-hunting Blood Elf, a unicorn with bunny ears, or a flock of butterflies, or to become idealized versions of themselves.

In the role-playing game MapleStory, operated by Tokyo-based Nexon Inc. and used by as many as 92 million people world-wide, players can chose among 557 hairstyles. In Second Life, a virtual world operated by Linden Lab in San Francisco played by about one million people every month, participants have 150 controls for customizing face, body, and clothes—from foot size and eye color to the drape of their shirt. Stardoll AB in Sweden, which runs an online fashion community with about 100 million members, says that it offers players over 60 billion possible variations.

“We have seen over and over again that when you give people bodies [online], they care a great deal about how they look,” said Nick Yee, a research scientist at the videogame company Ubisoft , who studies game behavior.

These customized personas are revealing self-portraits that, ingrained after prolonged intensive use, can become an extension of their creator’s personal identity.

“Your brain will start to incorporate your avatar into your sense of self,” said Scientific American blogger Jennifer Ouellette, author of “Me, Myself and Why: Searching for the Science of Self,” adding that “the more strongly you bond with that avatar, the more it will impact your behavior in the real world.”

Ms. Ouellette herself regularly frequents Second Life, where her avatar is a thinner and slinkier version of herself that she named Jen-Luc Piquant. There, she shares a house with an avatar of her husband, Caltech physicist Sean M. Carroll, and a virtual cat.

She also hosts an interview series in Second Life called Virtually Speaking Science where her guests take just about any form they can imagine.

Psychologists at York University in Toronto recently found that details of an avatar’s appearance clearly signaled genuine personality traits of the person who created it, as measured on a standard scale of openness, conscientiousness, extroversion, agreeableness and neuroticism.

“It might seem like an avatar has a life of its own, but it still has a lot of the person who created it,” said York psychology researcher Katrina Fong, who reported her study this month in the Personality and Social Psychology Bulletin.

Then, 209 other volunteers rated the creator’s personality based on the avatar. Their findings were compared with the personality test results to see how well they had assessed clues gleaned from the avatar’s appearance.

Mostly, the raters could discern accurately who was extroverted, who was agreeable, and who was neurotic, based on an avatar, even if the character looked nothing like its creator. They couldn’t, however, determine how open or conscientious the avatar’s maker might be.

Seemingly innocuous details had a telling effect, her study revealed. An avatar wearing brown or gray shoes, for example, signaled that its creator likely was neurotic. An avatar wearing shorts, however, led people to assume that its maker was an outgoing person.

“The perception of the avatar is a sum of impressions, rather than the individual items,” Ms. Fong said. “As more things move into virtual environments, it will become more important to understand how we are perceived.”

Ultimately, researchers hope to turn this close bond between creator and avatar to use in realms beyond gaming. People can practice behaving and communicating in virtual reality worlds designed for diversity training, conferences, or teaching.

When people experience the sensation of flying via their avatars, they often are then more likely to help others in the real world, Stanford researchers reported in the technical journal PLoS ONE.

When people add extra inches to their self-image by making their avatars taller than they really are, the people can become more confident and aggressive in real-world negotiations. And when people make their avatars more attractive online, they tend to share personal information with strangers more readily, the researchers reported in the journal Human Communication Research.

“Your avatar implicitly cues you on how to behave,” said Dr. Bailenson.