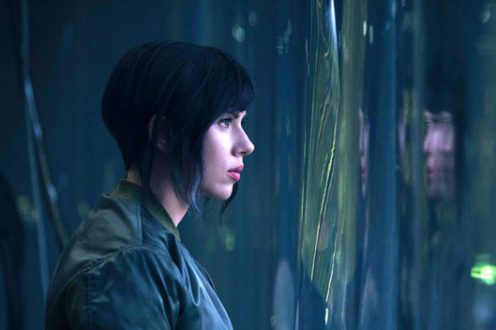 I’d be lying if I said that Ghost in the Shell wasn’t a major influence on the Cortanis books. Anyone who’s a fan of GITS, and understands what a “ghost” is in that context, understands the significance of the “ghosts” in Cortanis. Further, the appearance and demeanor of Vanda was very much inspired by the Major, so it’s pretty exciting to see GITS realized as a live-action film for the first time.

I still have some reservations about the casting of Johansson. Don’t get me wrong, she looks incredible, and I have no doubt she can pull off the action and the emotional demands of the role. I think she’ll do a great job. She’s just not who I would have imagined playing the Major, if it were up to me. But it wasn’t up to me, and I’m thrilled we’re seeing this story reborn into a new decade to a new audience. 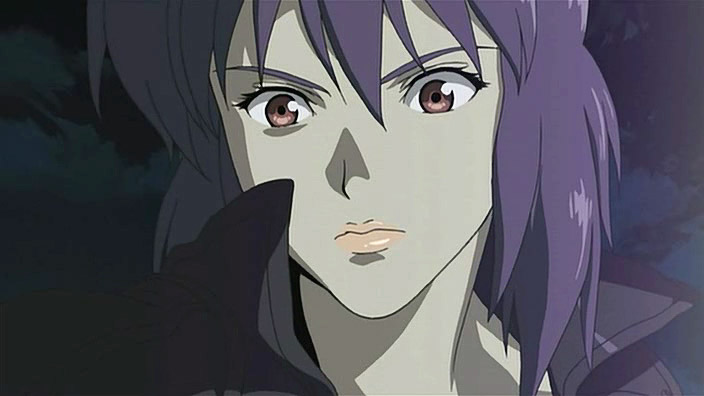 Vanda, is that you?

From the trailer, it appears they are drawing a lot of material from both the television show anime and the 1995 film. Visually they’re reproducing some scenes almost exactly. But the line, “Everyone around me, they feel connected to something. Something I’m not.” feels out of character for her. Johansson has a talent at showing the human side of a woman skilled at killing many people very quickly. Major Kusanagi, though, has buried that side of her almost completely. She does not smile often. She is clinging to what little remains of her humanity—her ghost—with a fragile grip. I can’t say for sure of course until I see the film, but think Johansson will bring a feminine warmth to the role that may be a departure from how we’re used to seeing this character. That’s primarily why her casting doesn’t quite sit right. Kate Beckinsale in the Underworld films better showcases this kind of humorless lethality.

Regardless, I will see the film and am enthusiastically looking forward to it. GITS is a seminal cyberpunk property, and so far, looks to be in good hands. The music sounded vaguely Tron: Legacy, which is to say was awesome. Daft Punk would be a brilliant choice to do the film’s score, although I would be completely thrilled if they went back to Yoko Kanno, whose music for the television series was sublime. (I fail to see the relevance of “Enjoy The Silence” to the world of GITS. If they wanted to go with Depeche Mode I think “Personal Jesus” would have been a more appropriate choice, but whatever.)

Now for some Cortanis news…

Re-edits of the ebooks for Ghosts and Demons are very nearly done. I’ve been wanting to fix a lot of errors still lingering in the text of these books ever since they were released, and I’ve been dragging my feet (quite deliberately) on doing any promotion. A few days ago I got the revised ebooks back, and they will soon replace the ebooks available for sale. I’m naturally revising the printed version so that the paperbacks will see these errors excised as well. This should happen very soon.

Both books are also getting new covers. This new artwork is still being developed but I’m hopeful the new versions will be available before the end of the year.

I’m planning on a rollout of a completed trilogy at Unbound, in April. Hopefully book 3 will be out long before then, but I want to promote them with vigor starting at the event. Still thinking about what I want to do with my table. Open to ideas!