Apparently, some people are still confusing chatbot output with sentience.

Granted, this software is a little stronger of an A.I. than Cleverbot. But it still reads like a chatbot just doing what it’s programmed to do.

io9: No, an AI Did Not Just “Lash Out” at Its Human Programmer

Sorry I haven’t been very active here of late. But work on the first two books is proceeding. I’m now in the home stretch. Tomorrow I’m off to Indianapolis for some last-minute location scouting, and then the rest of the month I’ll be working on editing and fine-tuning of the manuscripts.

I did get the first batch of Cortanis posters done. 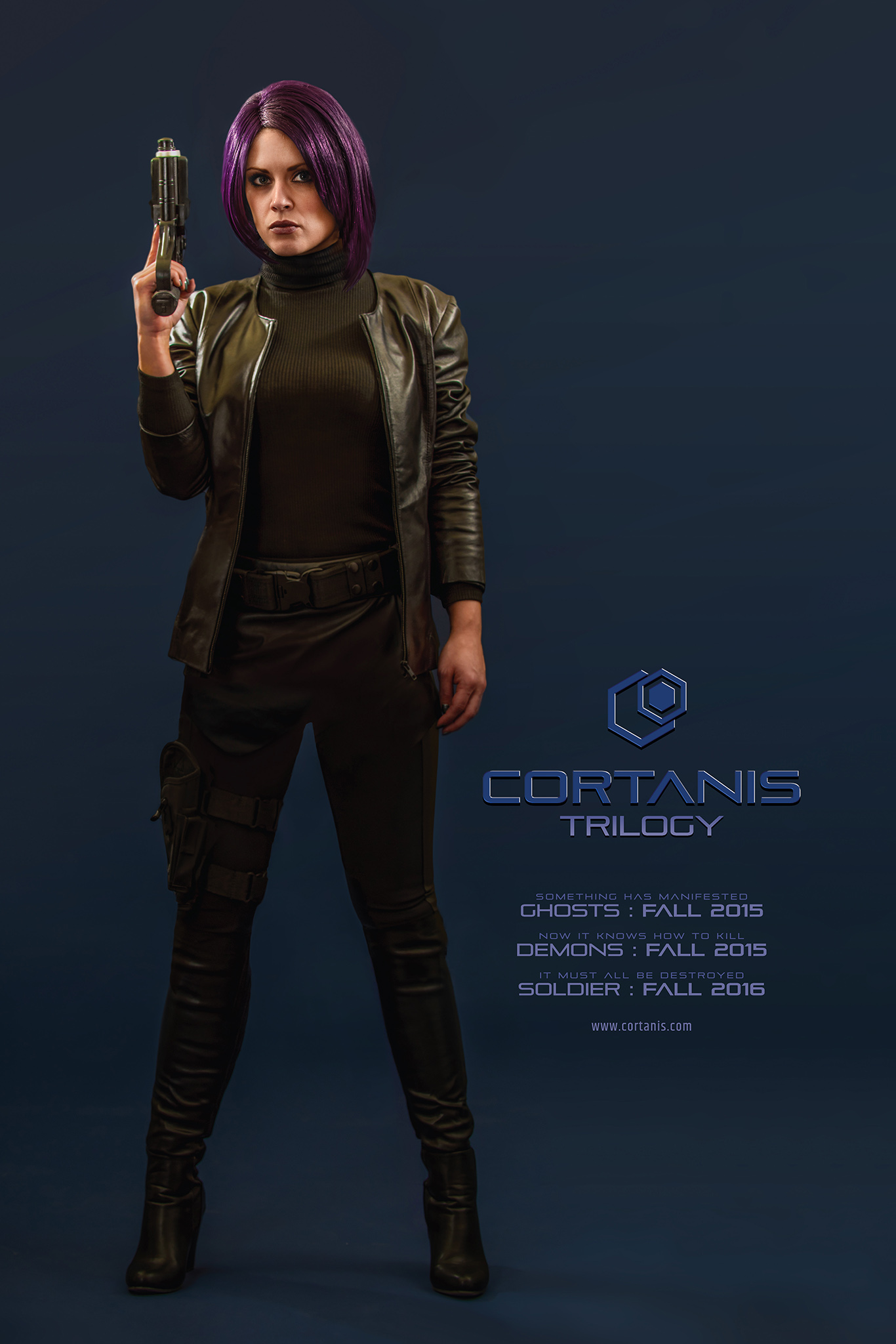 Kaitlin was given the Hollywood movie-star treatment for this. I sent a couple of images to professional retoucher Glenn Feron, who’s done work for major magazines and movie posters. Glenn was great to work with, and he loved the pictures we’d done so much he gave a lot more of his time without charging me extra. He just wanted Vanda to look fantastic, and I’d say she does.

I visited with Kaitlin and James for a bit when these came in from the printer. If I’m lucky, we’ll be getting together again in the fall to do another photo shoot. Keep your fingers crossed!